The Role and Requirements of a Surveyor in a Cargo Claim Process.

We've partnered with the WordPress Experts at WP Kraken, who can help you with customization of Ohio Theme at a very affordable rate.

The role and requirements of a surveyor in a cargo claim process is important aspect to understand. Cargo claims are becoming a big problem for exporters nowadays. If you are an exporter then you should be able to relate to this right? We at StilFresh have been able to settle cases since our creation in 2015 and survey is always a problem. In this article, we will be looking at the role of a surveyor in a cargo claims process. And how it can facilitate your claims process and help you recover your funds as soon as possible.

Most often, surveyors will go for joint surveys and not follow all the roles that will help to settle a claim. Some will not even attend or will attend and not keep the report for future use.

Who is a cargo surveyor?

A cargo surveyor inspects cargoes being transported by sea to certify compliance with national and international regulations in cargo handling and storage. The surveyor conducts inspections, surveys or examinations of marine vessels to assess, monitor and report on their condition and the products on them, as well as inspect damage caused to both vessels and cargo. This can be done by physical or digital inspection. 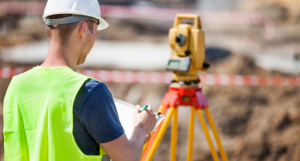 The type of loading is when the ship owner’s responsibility always begins in the contract of carriage. Meaning it is important to inspect the cargo at this stage. In order to document and determine the conditions of the cargo, a pre-shipment inspection has to be undertaken by the surveyor.

This inspection is the pre-loading survey. This survey can be carried out by the owner’s representatives, cargo surveyors instructed by the owner or ship’s Master and officers depending on the nature of the cargo and the trade.

The cargo must be as described on the shipping document. This will help the cargo interests to decide whether to accept the cargo or to reject the cargo. Any differences in the mate’s receipts and bills of lading should be adequately described. 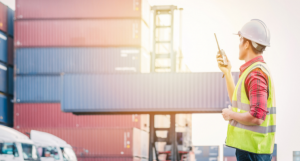 The Loading surveyors/Discharge inspectors assist with the loading and unloading process and their findings should comment on aspects like stowage and packaging particularly for cargoes such as crude oil, bulk cargo, bagged cargo, a product of packages, liquid cargo, etc… 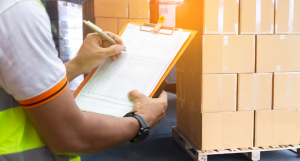 In the Unloading/discharging Survey, the following activities would be done;

The cargo surveyor in this area uses his knowledge and skills in the carriage of cargoes. The surveyor’s practical knowledge of lashing, storage, and securing of cargoes is vital in assessing the cause, nature and extent of cargo damage which could be the role of the surveyor in the circumstance.

When damage to cargo occurs, this can include contamination or loss. The defending party, the injured party or their underwriters will assign a cargo surveyor to inspect and investigate the subject or fact of the claim.

Also, the surveyor will collect and record the facts of the case in an independent capacity. And present it to his principal who will use this report to prove or refute the claim. This will depend on where they stand as a claimant or defendant.

Here, the surveyor may be assigned by ship owners, shippers, charterers, underwriters, P&I clubs, carriers, consignees, or lawyers. It is always advisable that the surveyor conducts a joint survey so that at least the quantum of damage or the extent of damage can be agreed upon at an early stage of the claim process.

Also, the surveyor’s role will be to mitigate any potential further loss to the matter at hand. This may include separating the damaged cargo from the sound cargo to avoid further contamination. This can make assessing the quantum much easier for the surveyors involved. 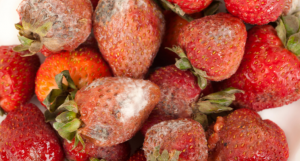 This is an international method of determining a cargo loaded or discharged quantum by measuring the change of displacement of a floating vessel. This information is then used by the respective party, buyer, seller, shipowner or cargo shipper in their commercial transactions or in times of dispute between interested parties.

Surveyors conducting this draft and banker survey must have a sound background in ship stability, ship construction and naval architecture. The cargo surveyor must understand and apply the necessary formulae involved in the draught survey calculations as well as corrections.

What is the role of a cargo surveyor?

Most often, questions that arise are; What is the role of a cargo surveyor? Who exactly is the surveyor working for?

Generally, a cargo owner assigns a cargo surveyor. Nonetheless, an insurer, shipowner, cargo receiver or any other stakeholders in the industry may assign him.

His job varies from checking the conditions of the cargo as being loaded/discharged or determining the actual cargo loaded on board. While confirming that the cargo loading performs according to the law and is within the loadable limits. He also ascertained the vessel’s safety when it includes moments involved due to cargo shift which may render the vessel unsafe during the passage.

The responsibilities of a cargo surveyor include;

Finally, shippers should always give the surveyors roles to follow, and explain what is required of them.

A Letter of Protest Sample and its Implications to Cargo Owners

A Letter of Protest Sample and its Implications to Cargo Owners A...